I was sitting on this for few years now, using it as an example in a couple of seminar talks, but not really doing anything with it. It seems like a good candidate for a first post on my new blog.

A long time ago I ran across a website created by Frank Farris and Jeffrey Hoffstein, that showed some awesome images of automorphic functions created using a method for visualizing complex functions of complex variable called Complex Domain Coloring. I immediately tried to create similar images, at the beginning using the GNU Image Manipulation Program (GIMP) and its MathMap plugin. Initially MathMap did not even have any support for complex numbers, and all calculations had to be done using reals, which made more complicated functions practically impossible to work with. Hans Lundmark was also interested in working with MathMap plugin, and he added a support for complex numbers, so we were able to create some pretty interesting images. Later I wrote few Python scripts that produced some pretty nice results, but were horribly written, and luckily, got lost in the cracks of time. I also used a nice S-lang script written by John Davis. I still have some old images created with GIMP, Python and S-Lang at my old website, unfortunately, I no longer have an access to update the site.

Couple years ago, when reading the AMS blog on math blogs, I came across a link to a website that posted two or three images of complex valued continued fraction approximations each day. At that time I was just learning Julia, and decided that with its speed it would be a perfect tool for generating such images. That resulted in a Jupyter notebook with some code generating such images. While looking for it last month, I was not able to find it. I now believe that I had it stored on juliabox.org, and when they moved to a .com domain, I completely missed the transition period when you could have your files moved over, and now they are gone. So it had to be written again, and here it is.

First we need to have some way to calculate convergents of continuing fractions. That is actually surprisingly easy: there is a simple doubly recursive formula that can be used.

Suppose we have a continuing fraction

where both \(n_k\) and \(d_k\) satisfy the recursive formula

are the ratios of consecutive Fibonacci numbers, and converge to the golden ratio

Our continuous fraction coefficients will be functions of a complex variable. We will also want to calculate the convergents for a whole array of complex numbers at once. Both of thee things are easy in Julia.

We want to find convergents of a continuous fraction

We will first define a function drec that will implement the doubly recursive formula. It will receive the coefficient functions \(a\) and \(b\), with signatures Int64 -> T -> T where in our case T will be some sort of complex number or complex number array, two values of type T, representing the “initial values” \(x_{s-2}\) and \(x_{s-1}\), starting index \(s\) that will be the index of the first calculated value, and ending index \(e\) that will be the index of the last calculated value, one that will be returned. Finally, drec will receive as its last argument a value of type T.

The function will use broadcasting versions of operators so it will allow T to be an array.

Now we will use the doubly recursive formula to find both the numerator and the denominator of the \(k\)-th convergent. Again, all operators broadcast.

We will start by creating a \(500\times 500\) array of complex numbers representing an area of complex plane (this should really be made more flexible, but at this moment I just want to see some quick pictures).

We will feed this region as an input to our continuing fraction approximation to get an array of complex values. Then we convert this array into an image.

There are infinitely many ways of mapping the complex plane into a color space. We will try the following three:

In this mapping the color associated to a complex number is determined purely by its argument, in such a way that real axis will be white and imaginary axis black. This is, as far as I can tell, the mapping used on the website that came up with the images we are trying to imitate. 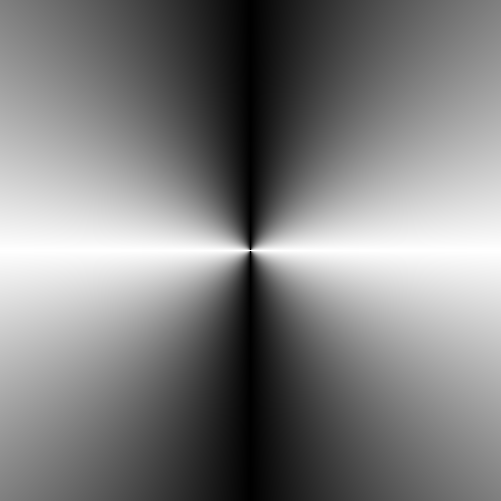 Just like the previous mapping, the color of a number is determined purely by its argument. This time we map the argument to the hue, while keeping the saturation and lightness maximum. 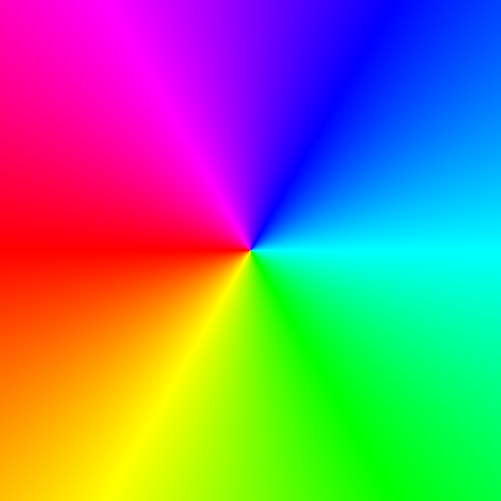 This is not just one mapping, instead it is a function that generate mappings. The hue is determined by the argument of the complex number, just like with the ArgHue mapping above, but this time the saturation and lightness are calculated from the modulus of the complex number. The calculation is influenced by two parameters, f1 and f2. 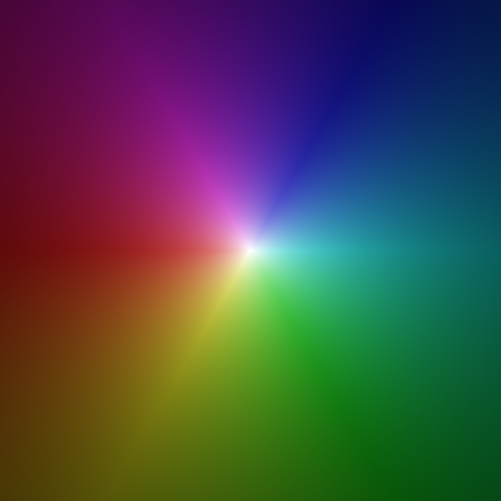 The following function puts it all together. It receives the corners of the plotted region, the coefficient functions \(a\) and \(b\), the number indicating which convergent to calculate, and a coloring function. It will return the resulting image. 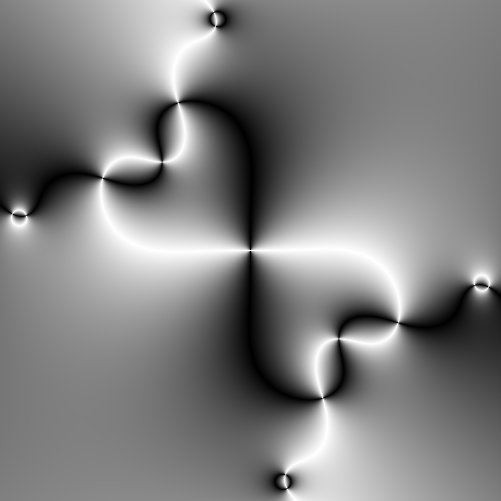 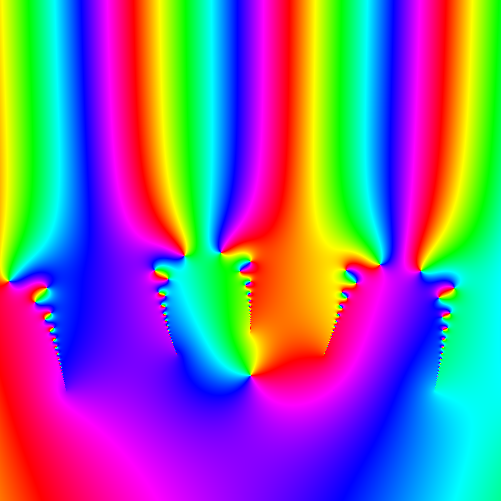 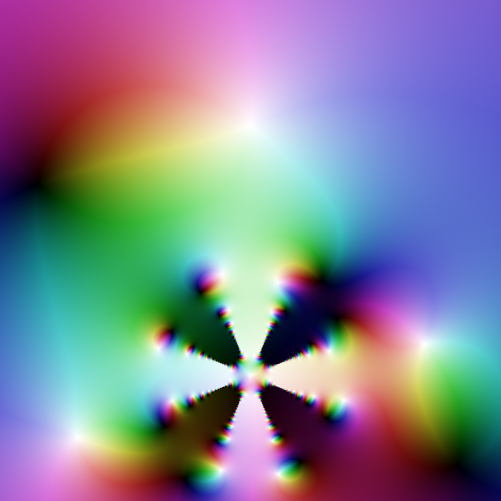 As far the Julia code goes, you can see that it is all written in vectorized form, with almost mo explicit loops. I find that style easier to both write and read, especially when coding math, and in most interpreted languages, such code is also faster. In Julia, however, well written loops are actually faster than vectorized code. It would be interesting to see how much speed up could be gain by de-vectorizing the code.

How to comment on this blog »
Edit this page on GitHub.